外语自学网 英语阅读 2018-07-01 浏览
英语阅读：请和陌生人说话
我认为我们应该和陌生人说话。通过与陌生人之间进行意外的友好谈话，我们的人生将会受到非比寻常的影响。我上大二的时候学到了这份改变人生的珍贵经验。
I believe that we should talk to strangers. By engaging in unexpected friendly conversation with strangers， our lives can be affected in ways that are extraordinary. I learned this valuable and life-changing experience during my sophomore year of college.
I am a student and part-time waitress in Chicago， and I spend most of my time at work engaging in as little real conversation as possible. This is not done intentionally， but rather， instinctively. Growing up， I was used to phrases such as “Don’t talk to strangers”and “Mind your own business.” As a result， I don’t talk to unknown people at work beyond taking orders and the occasional weather chat. Similarly， I never strike up a conversation on a 3-hour plane flight or know the name of the woman I ride the train with every day. But the process of keeping to myself ended in a life-changing way.
One night a little old man， probably in his 80s， came in and sat in my section. I took his order and went on my way. But I noticed that he came in， week after week， and always sat at one of my tables. Slowly I began having short conversations with my new guest. His name was Mr. Rogers， but he insisted that I call him Don. I learned that he and his wife had gone to dinner and a movie every Saturday. Since she had died， he carried on this tradition alone. I began looking forward to him coming in and telling me his movie reviews. I also knew his order by heart： a half a chicken salad sandwich， a cup of potato soup and a bottle of Coors Light1， which he never finished.
As the weeks went on， I began to sit and really talk with Don. We talked about his wife， his days flying in the war， his son who had grown and moved away. Eventually we began to talk about my ambitions； going to school and the anticipation of my future.
About four months after meeting Mr. Rogers， I received a call at home from a nurse， telling me that Don was in intensive care2 at Chicago’s Mercy Hospital. He was experiencing complications3 from an emergency heart surgery， and had begun to bleed internally4. I immediately drove to the hospital to see him. The first thing he did was thank me for urging him to visit the doctor. At first I didn’t know what he was referring to. Then I remembered that about three weeks earlier Don was complaining about chest pains and I gave him the number for a doctor I know. At the hospital the nurses always asked， “Are you his daughter？”， and I always replied， “No， I’m his waitress”.
Since meeting Don I have learned that strangers can become acquaintances5 and even friends. I recently found myself really talking to customers at the restaurant. I’ve had a lot more fun， the time has gone by faster， and I’ve gotten to know some of the people I see on a regular basis.
Don taught me that life can be much more enjoyable if I engage in friendly conversations. After all， I became more than just his waitress. I became his friend.
我认为我们应该和陌生人说话。通过与陌生人之间进行意外的友好谈话，我们的人生将会受到非比寻常的影响。我上大二的时候学到了这份改变人生的珍贵经验。
我是芝加哥的一名学生，兼职当服务员。我工作的时候，大部分时间都极少与人真正地交谈。我可不是故意这么干的，而是本能如此。从小到大，我一直习惯了诸如“别和陌生人说话”“别多管闲事”这样的话。结果，在工作时除了点餐以及偶尔闲聊天气外，我不会和不认识的人说话。同样地，我从不会在一趟三小时的航班上跟别人打开话题，我也不知道每天和我坐同一趟火车的女人叫什么名字。然而我这种孤僻封闭的状态最后以一种改变我人生的方式结束。 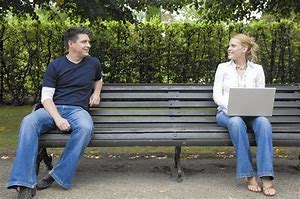