外语自学网 英语阅读 2019-10-13 浏览
英文笑话健忘的吉姆
Jim is a forgetful young man. One day， the weather was warm and sunny. As he had nothing to do， Jim led his son by the hand and went out to play. He told his son not to run everywhere.
They played for a while， and his son said he felt tired. He put up his son and let him ride on his neck. They both strolled1 around the park.
At noon， Jim felt tired. He thought it was time for them to go home. Suddenly he remembered he went out with his son. Where was his son？
“Have you seen my son？” Jim asked the passersby he met. When they looked at the child on his neck， they thought he was joking. So they gave no answer.
His son on his neck cried out， “Daddy， I’m here.” Jim looked up and saw his son. He was very angry with his son.
He put his son down at once， and shouted at him， “I told you not to run everywhere. When did you climb up my neck？” 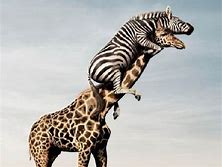